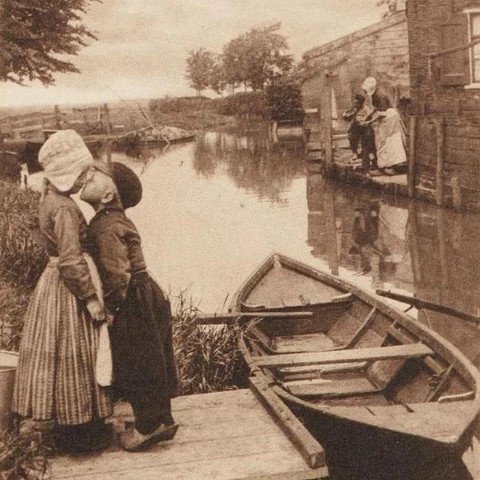 Everyone who have visited the Netherlands remembers them, the Dutch kissing couple. In the last years it has become a true symbol of Dutch love. It has a typical Dutch appearance through Dutch clothes, and everyone loves love. Every day people take pictures in our wooden shoe factory. A popular pose among couples is always “the kissing couple.” It is very simple: The man and the woman stand opposite each other, the hands behind the back. Lean forward kiss and, FLASH, the picture is taken.

The Origin of the Kissing Couple